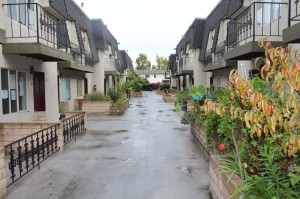 For more information on the city of Santa Ana see this link:

Situated in the middle of Orange County along the Santa Ana River, the city of Santa Ana is both the most most populous city and the largest city in Orange County, covering 27.2 square miles. As of 2007, there were 327,780 people living in the city.

Named the county seat in 1889, Santa Ana is also known as thefinancial and governmental center of Orange County. It’s been in recent competition with its fast growing neighbor, the city of Irvine in regards to commercial growth.

The downtown area also contains both retail and housing, as well as the Santa Ana Civic Center and the Ronald Reagan Federal Building and Courthouse. Several historic homes dating from the late 1800s can be found there as well making preservation a central issue as development of the downtown area continues.